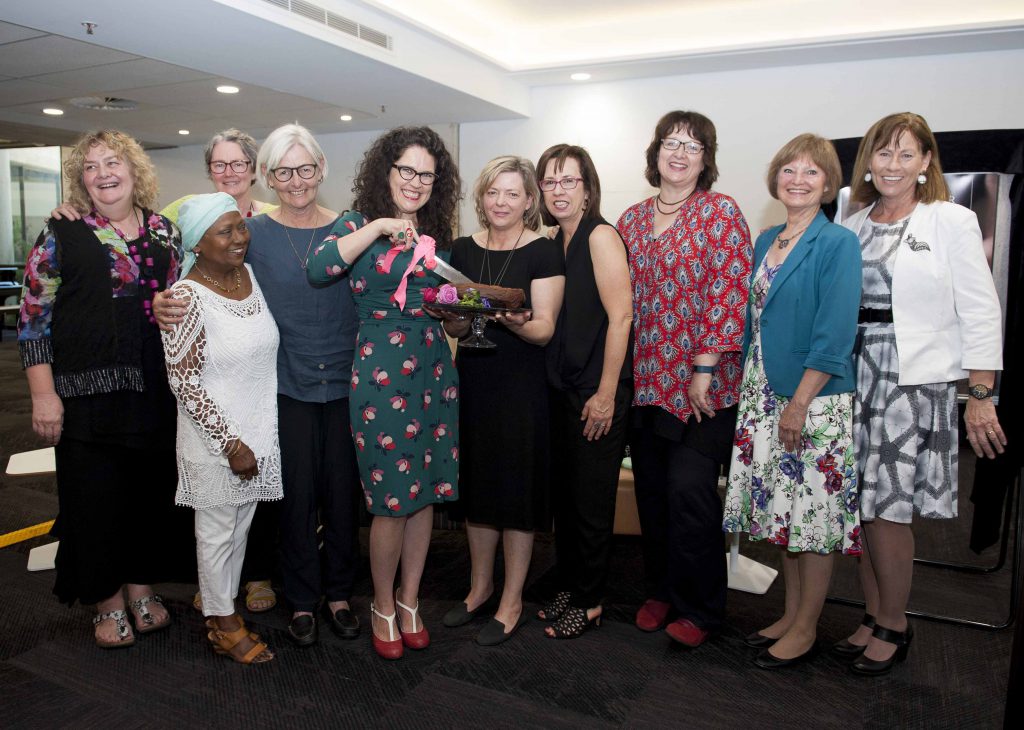 Yes, there were tears, laughter and champagne – and huge amounts of cake – at the launch of Obiter’s first title off the press on Saturday 9 December. And some of the tearing up was from Annabel Crabb who graciously did the official honours.

Annabel said she ‘wasn’t quite ready for how powerful the opening chapter was going to be’ and that it was ‘an extraordinary piece of writing’ that wove together the stories of all the women to produce ‘something rather wonderful and beautiful … stories of friendship and generosity and sharing, and building something that is bigger than the constituent parts of the people involved.’ ‘And that is what I love,’ she said, ‘about food and cooking for others, and I think that this book absolutely nails that sense and that spirit.’

Tears, Laughter, Champagne could not have happened without some very special people: the amazing Annabel Crabb who launched the book so warmly; all the Sisters who baked cakes and slices to enjoy with the champagne; the 160 people who attended the launch and bought 117 copies of the book; the 128 Pozible supporters who pre-ordered copies to the tune of $8385; and the Obiter elves Daniel, Dan and Ric who spent hours stuffing envelopes.

The book is now available at selected outlets in Canberra and online in the Obiter shop.

For the love of writing

Some more TLC for YWCA Canberra