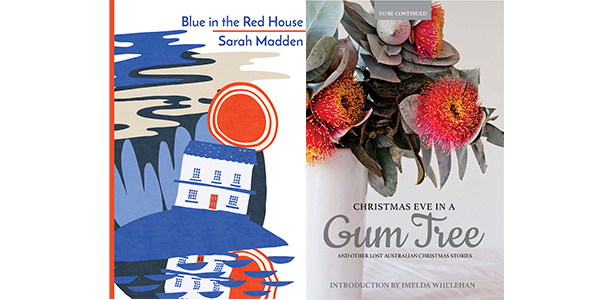 Obiter ended the year doing what we love most, sending two new books into the world! 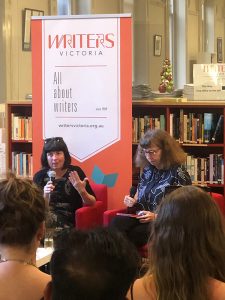 We raised a glass of congratulations to Sarah Madden in Melbourne last Tuesday evening at the launch of her debut novella Blue in the Red House. And we learned, finally, where the name for Sarah’s protagonist, Ms De Beer originated. We had been trying to conjure metaphors of diamonds but, no, the name is simply a fun nod to a certain amber brew of which Sarah is quite fond!

It was a pleasure to work with Writers Victoria to celebrate Sarah and her work and we thank them for their hospitality and generosity. 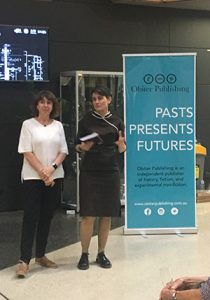 We would also like to thank Katherine Bode, our series editor for ‘To Be Continued’, and Imelda Whelehan, who selected the stories for the latest title in the series and wrote the introduction, and Martin Willis who read excerpts from the book at its launch. It has been a pleasure to work with them on Christmas Eve in a Gum Tree and Other Lost Australian Christmas Stories.

Last Monday in Canberra, Marnie Hughes-Warrington did the book proud in her launch speech in which she pointed out that despite the heat and disastrous weather events in Australian Christmas stories they all do end up being about love: love between sweethearts, love between parents and children, love lost, love earned, love that endures time and place.

Editors help writing be the best version of itself