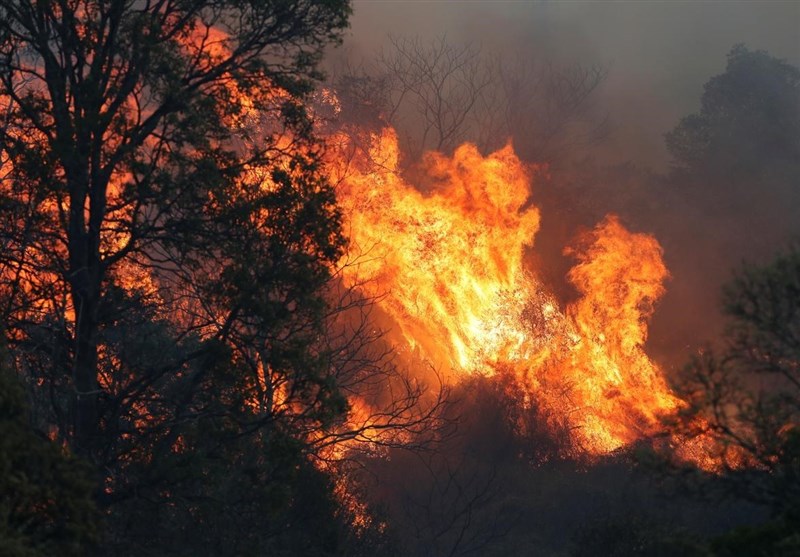 Christmas is coming up on us fast and our preparations are in full swing: planning menus, writing gift lists, decorating the tree, negotiating family dynamics – and, in Australia, making sure our bushfire plans are up-to-date. Bushfires are a quintessential Australian phenomenon: and bushfires instead of snow at Christmas time were one of the more unsettling of settler Australians’ experiences.

Black Thursday burned through a quarter of the colony of Victoria in February 1851 and was, perhaps, the first great fire disaster in settler Australian history. It was certainly a reference point for subsequent fire disasters.

Black Thursday is also the title of the latest collection in our ‘To Be Continued’ series in which bushfires reveal a conflagration of human drama. They deepen the pain of a tragic love triangle, bring justice to a false mate, and push a young drover and his horse to the limits of their endurance. A priest and wedding guests find themselves fighting fires instead of toasting the happy couple. A woman capable of saving her farm from fire cannot save herself from the proprietary rage of men. And a good horse and a faithful dog prove themselves the best allies in a dangerous situation.

Fiannuala Morgan – PhD candidate at the Australian National University and author of Aboriginal Writers and Popular Fiction: The Literature of Anita Heiss, Cambridge University Press – has written a fascinating introduction to the collection that looks closely at our title story. William Howitt’s ‘Black Thursday’ was first published in 1856 for an English audience and it reflected a ‘certain genteel masculinity and its association with the dissolution of class tension and division’. The story’s cultural associations shifted, however, as it was republished over the decades. By the 1890s its central character was no longer ‘an exponent of English values, but rather a bushman, expressive of a developing national identity’.

Pressed into the service of Australian cultural identity, Howitt’s ‘Black Thursday’ and similar bushfire narratives have enjoyed continuing cultural relevance. Other stories did not endure and were never published beyond their initial newspaper serialisations.

This collection of some of those ‘lost’ stories – with their cast of  brave, resilient, distinctive women and steadfast and loyal dogs and horses – is an opportunity to consider how stories are deeply historically contingent.

We hope, too, that you’ll simply enjoy reading the stories as much as we did!

To Be Continued – you can get involved!